MediRevv's 135.03% growth over a two-year period results in the #6 spot on the list of top growth companies and sets a record for the most consecutive appearances

Coralville, IA – June 6, 2019 - MediRevv, a national healthcare revenue cycle management company is pleased to announce that they’ve been named to the 2019 Corridor Business Journal’s Fastest Growing Companies list. Recipients are ranked according to revenue growth and this year MediRevv ranked #6 with 135.03% growth over a two-year period. This designation also established MediRevv as the only company to be named seven consecutive years running, a first in the award's history. 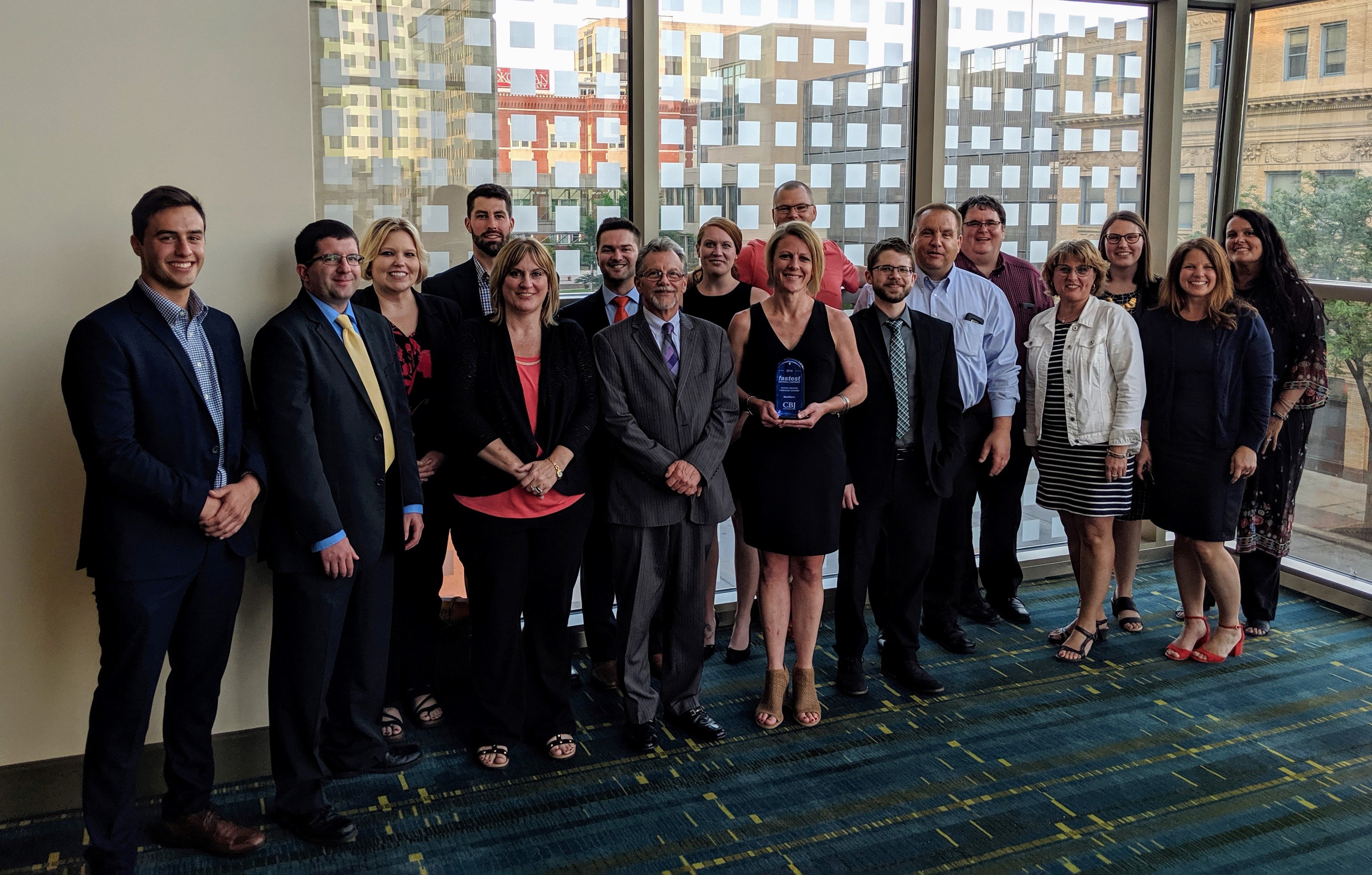 The award honors the most dynamic companies who have made significant contributions to the strength of the local economy. In total, twenty-five companies were recognized with rankings announced at a ceremony last night at the DoubleTree Hotel in Cedar Rapids.

“We are proud to be able to maintain this level of growth year over year. It’s also humbling and inspiring to be alongside some terrific companies in this region,” said Chris Klitgaard, CEO of MediRevv. “Our success is possible through the hard work of our dedicated MediRevvers and loyal partners and we look forward to continuing this trend.”

The full list of honorees can be seen here.

MediRevv is where revenue cycle and people thrive. Since 2007 we’ve worked exclusively in healthcare—helping hospitals, large physician groups, academic medical centers, and health systems grow more cash and keep more patients. Our revenue cycle solutions are inspired by our values-driven culture, powered by highly engaged employees, and accomplished through peace-of-mind partnerships. With nearly 900 employees, 52 growth and workplace awards throughout the past decade, and our current No. 1 “Best in KLAS” ranking, we’re invested in financial and operational outcomes, and we’re passionate about each client’s bottom line and patient financial experience. For more information, visit www.medirevv.com or follow @medirevv on Twitter and LinkedIn.

MediRevv recognized as 'Category Leader' in 2020 Best in KLAS Report

Company makes eighth consecutive appearance with an overall ranking of #2287

MediRevv's 135.03% growth over a two-year period results in the #6 spot on the list of top growth companies and sets a record for the most consecutive appearances